Eleven is the fool’s number in the Netherlands. On 11 November (11-11) the Councils of Eleven are elected. It marks the beginning of the carnival season that ends in the celebrations of carnival in February. In the formerly Roman Catholic areas of the Netherlands, which mostly are in the south, forty days of fasting ended with carnival, a feast of excessive eating and drinking in which people disguise themselves in all kinds of costumes. In any case, in the Netherlands eleven is associated with oddity.

Apart from being the fool’s number, eleven is the first double-digit number. Eleven is like a repeating of the same strange event. This is what a coincidences are often about. Something strange might happen that might make you wonder, but if something similar happens again shortly afterwards for unexplained reasons, that could be amazing.

There have been several incidents of this kind in my life. For instance, once I was making a bike trip. A car door suddenly opened in front of me. I could barely avoid a collision. Within ten minutes on the same trip it happened again with another car on another road. Coincidences of this kind can happen by chance, but if many of such coincidences happen in one life, that could make you wonder.

Just before the discovery of Natural Money a strange accident occurred just before our house in Sneek. A car had crashed on a lamppost. The lamppost broke off. Two men stepped out and hared away. A few years later I realised that the accident may have been a prelude to the strange events that came later on. That same day I biked towards IJlst, a village near home. There I found a broken off lamppost that had been removed. This was remarkable because it was on the same road as our house is on the road to IJlst.

Once I was visiting my father. That day I was driving on a narrow road in the vicinity of Nijverdal where my father lived. An oncoming car hit the rear-view-mirror and it broke off. A few weeks later my father had exactly the same type of accident in his car. As far as I know never before had anyone I knew an accident of this kind.

In August 2014 we were waiting for a traffic light near home in Sneek. In the back of the car before us sat a guy who looked like my cousin Rob. And so I told my wife Ingrid about that. My cousin and I had been best friends for over a decade. We made a funny newspaper together. Immediately after I finished speaking, four trucks from transport company Leemans came from the right. My cousin Rob had once decorated a truck of Leemans. When I was eighteen years old my cousin and I went on holidays together, hitchhiking in Scandinavia. A truck driver from Leemans brought us to Sweden.

I had never seen a Leemans truck in Sneek before. They were there because of railroad construction work. My cousin came from Haaksbergen, a village halfway between Eibergen where I was born and Enschede where A******* was born. In June 2015 we were leaving Nijverdal after visiting my father. Haaksbergen was in the news because of a shooting incident.1 Haaksbergen had been in the news a few times before because of electricity failures,2 3, skating,4 and a monster truck accident.5 And so I said to Ingrid that Haaksbergen is in the news quite often. Just after I had finished speaking, we passed a Leemans truck by the side of the road.

In 2014 a woman rang our doorbell. Her father was about to turn eighty. He had lived in our house during the 1950s. As a birthday present she wanted to give him a tour in his old home. She made an appointment to visit us the next Saturday. She showed up with her sister and father and I gave them a tour around the house. A few hours later the door bell rang again. Ingrid opened the door to an elderly woman with her daughter and son in law. They asked if they could see the house because she had lived there in the 1960s. Both groups came independently and they hadn’t spoken to each other.

In July 2014 we went on holidays to Sweden and Norway. My son Rob wanted to visit Hessdalen Valley where mysterious lights have been sighted. Those lights look like orbs and so they are known as the Hessdalen orbs. Some people have claimed they were UFOs. When we were in Hessdalen we went to a viewing point on the top of a hill. Some Norwegian guys were standing there for hours already, hoping to photograph a UFO. We didn’t see anything unusual. We took some pictures of the environment. Only, after we came back we noticed orbs on one of the photos we made. But orbs on photographs are a phenomenon unrelated to the Hessdalen orbs so this is remarkable.

Is it possible to prove that this universe is a virtual reality created by an advanced civilisation? The properties of this universe can’t be used for that because we don’t know what a real universe looks like. There may be another way. If coincidences have meaning to us and if they happen numbers that are improbable, this may be because an intelligent force is directing events. Perhaps there is even a script. If there is a script then this universe may be created by an advanced civilisation. A script can generate meaningful and peculiar coincidences. And indeed, peculiar coincidences happen, for instance similar extremely rare events happening on the same day.

The following happened to me. In 1992 I was making a bike trip in Groningen where I lived back then. While I was on my way a car door suddenly opened just in front of me. I could barely avoid a collision. Some ten minutes later, while I was still on the same trip, it happened again with another car on another road. Remarkably, it never happened before or after this trip that a car door just opened in front of me, even though I made bike trips nearly every day.

Incidents like these might be mere random events. Bizarre accidents happen all the time by chance because so many things happen at the same time. Some of them are bizarre but it doesn’t require an intelligent force to make that happen. There is no way of calculating the odds of an event like two television towers catching fire in one country in one day because these events are extremely rare. The probability of each of these events happening is extremely low, but the number of possible rare accidents is extremely high.

But how low and how high? That matters a lot. If there are a million of these events, and the odds of one of them happening on a certain day is one in a million, we shouldn’t be surprised to see such events happening. On average an event like that should happen every day. But if the odds are one in a trillion, and these events happen quite often, we may be on to something, because on average it should happen once in a million days.

There were plenty unusual incidents in my life. For instance, once I entered a do-it-yourself store. There was a couch near the entrance. The price tag was € 389. This caught my attention because as a student I lived in dormitory 389-second-floor on the campus of the University of Twente. Price tags often end with a nine so the incident wasn’t impressive. Then I realised that it would be far more curious to find a price tag of € 401 as I also had lived on dormitory 401-right-side and price tags rarely end with a 1.

A few seconds later I ran into a pile of bags of potting soil. These bags had 40l conspicuously printed on them, noting that they contained forty litres of potting soil. That was close enough to 401 to be intriguing. There weren’t any other bags to be seen. Potting soil comes in bags of 10, 20, 25, 40 and 50 litres, and bags of 40 litres come with markings like 40L and 40 litres, so the marking 40l is peculiar.

And more was to come. Two years later I came back to the same store. Bags of potting soil with the 40l marking were situated outside near the entrance. This reminded me of the previous incident. There was no couch near the entrance nor did I see a price tag of € 389 there. These things I was contemplating while I proceeded to fetch the item I was planning to buy. The price of this item turned out to be € 3.89.

This scheme is more intricate than two television towers catching fire or two car doors opening in front of you on the same day, most notably because there was a repeating pattern while these incidents also appear to be part of a larger scheme, in this case of a sequence of peculiar coincidences referring to a certain lady who lived on dormitory 401-right-side. The first coincidence was already remarkable. The second one was truly inconceivable if you come to think of it, or perhaps not if you are a sceptic. 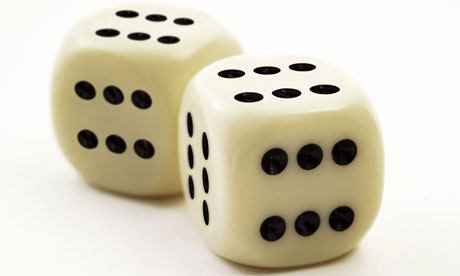